Concerns rise over more violence in the United States 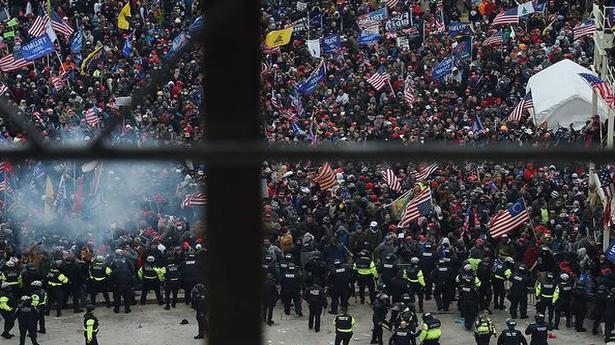 Acting U.S. Homeland Security Secretary Chad Wolf unexpectedly announced his resignation on Monday as concerns grew over an upsurge in violence during the inauguration of President-elect Joe Biden next week.

Mr Wolf’s departure as head of the security agency for the Jan. 20 event came five days after supporters of President Donald Trump stormed the U.S. Capitol, hoping to ‘prevent Mr. Biden from replacing him. The Department of Homeland Security oversees several law enforcement agencies, including the Secret Service, the White House Security Agency, and the US President.

Mr. Wolf has appointed Pete Gaynor to replace him. But the move did not end questions of whether the U.S. capital would be secure enough over the coming week.

An internal FBI document warned of the possibility that armed Trump supporters could stage protests in all 50 states between the coming weekend and January 20, according to US media.

The White House issued a statement saying that Mr. Trump had “declared there is an emergency in the District of Columbia and ordered federal assistance to supplement the district’s response efforts due to the emergency conditions. resulting from the 59th presidential inauguration from January 11 to January 24. , 2021 ”.

He said the order gave the Department of Homeland Security the power to act “to save lives and protect property and public health and safety, and to mitigate or avoid the threat of disaster in the country. District of Columbia ”.

The Pentagon said Monday it had authorized 15,000 National Guard troops to be deployed for the inauguration.

Already 6,200 troops are on the ground in Washington, and a total of 10,000 are expected by next weekend, said General Daniel Hokanson, head of the National Guard’s office at the Department of Defense.

5,000 more could be deployed on inauguration day, he said.

They will come equipped with riot gear and weapons, but so far have not been allowed to arm themselves on the streets of the US capital, he said.

Before announcing his departure, Wolf also ordered an acceleration of preparations by the Secret Service, citing “the events of the last week and the changing security landscape”.

Preparations for the event were advancing rapidly. A security fence has been built around the entire grounds of the Capitol, where Biden will be sworn in as Trump’s successor.

Still angry at last Wednesday’s violence, in which five people died, including a protester shot dead by police and a policeman who was attacked and died from his injuries, Washington Mayor Muriel Bowser called Biden supporters to stay away from the capital on the day of the inauguration. .

Normally, hundreds of thousands of Americans – sometimes over a million – flock to Washington for the quadrennial event.

“We are asking Americans not to come to Washington DC for the 59th presidential inauguration on January 20 and to participate virtually,” Bowser said.

Organizers said the Democratic president-elect would use the opportunity to foster national unity, in the face of a country deeply divided on politics and hampered by the coronavirus pandemic.

He will be sworn in at the Capitol in front of the National Mall filled with flags rather than the usual hundreds of thousands of spectators.

Then he and three former US presidents – Trump will not be attending – will travel to Arlington National Cemetery, where thousands of American soldiers who died in war for veterans are buried, to lay a wreath.

But the preparations come as Democrats, accusing Trump of instigating and applauding what they called an attempted “insurgency” and “coup” last week, seek to force Trump out of office prematurely.

This could spark more violence from Trump supporters, the FBI warned in a new internal advisory.

According to US media, the document indicates that far-right groups like the violent Boogaloo Boys are planning protests across the country around the time of the inauguration.

One group, the FBI said, “has warned that if Congress attempts to suppress POTUS (Trump) via the 25th Amendment, a huge uprising will occur,” ABC News reported. 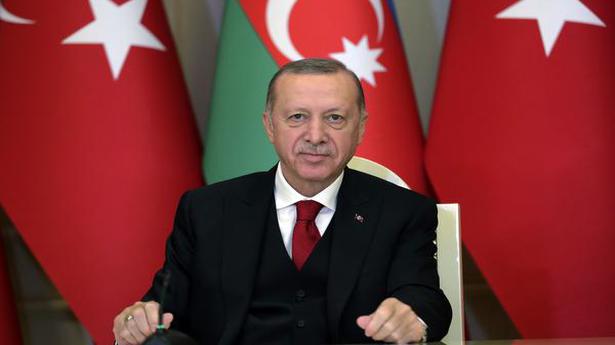