Dr Shanta to be laid to rest with police honors: TN CM 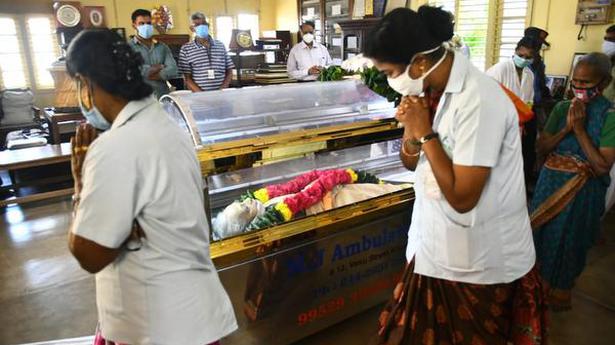 Paying tribute to Dr Shanta, who died early Tuesday morning, the CM said it was a way of honoring her selfless service. He recalled that she had joined the Cancer Institute in 1955 and held several key positions. Due to her selfless service, she gained support from various neighborhoods, improved the institute which started with 12 beds with state of the art facilities, thus providing free and advanced care to poor cancer patients.

Dr Shanta has undertaken several cancer research projects and raised public awareness of the need for regular cancer screening. His service in medicine has earned him worldwide acclaim, he said.

In 2013, former Chief Minister Jayalalithaa presented him with the “Avvaiyar Award”, he said.

The CM praised the institute’s humanitarian approach which provided free treatment not only to poor patients in Tamil Nadu, but also to those in other states. His death is a great loss to medicine and to Tamil Nadu, he said, in a released statement.

PA of MP detained under IT law

Kashmir turns into wonderland with first snowfall of the season

Shah’s offer to protesting farmers: move to designated site, talks can be anticipated