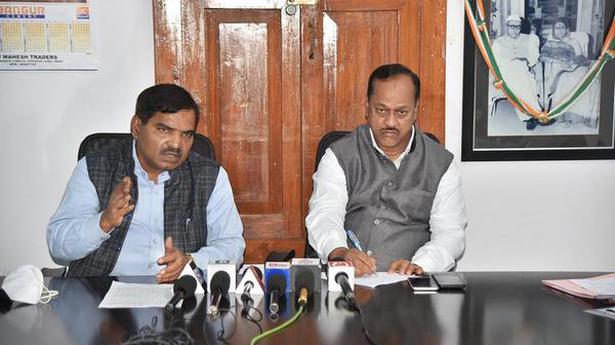 Jayavibhava Swamy, general manager of Karnataka Khadi State and Village Industries Council, said the council is developing a plan to launch e-marketing of khadi products on e-commerce website lines like Amazon and Flipkart.

Addressing a joint press conference with Chairman of the Board Krishnappa Gowda here on Tuesday, Mr Swamy said the plan would be to have the khadi products made by local khadi workers based on orders placed through the platform. – electronic marketing form. Products will be delivered within seven days of ordering, he said.

Elaborating on plans to provide marketing space for Khadi products, Mr Swamy said a national ‘Khadi Utsav’ level would be held in Bengaluru for a month after following the COVID-19 protocol.

He said that previously, as part of the Prime Minister’s Job Creation Project (PMEGP), there were plans to expand financial assistance to 888 khadi production and service units. But after the lockdown, the Center increased the number of beneficiary units to be covered under the program to 1,000, he said.

Aid of 10 lakh would be given for the establishment of khadi display and sale stores in urban areas and assistance of 25 lakhs in major cities, he said.

He added that the board has yet to receive grants to the tune of ₹ 105 crore from the government. Apart from this, the finance department had authorized the release of ₹ 51.49 crore for the incentive payment for the period from 2014 to 2019.

Due to the impact of the lockdown and COVID-19 restrictions, khadi products worth ₹ 280 crore had gone unsold leading to distress in khadi units. “There are 207 registered khad production units in Karnataka where nearly 10,000 workers worked. Of these, 85% are women and employees over 60 are over, ”he said.

Mr Swamy said that as the number of young weavers and artisans is declining, the council planned to establish a youth training center where a stipend would be provided along with training.

The chairman of the board, Krishnappa Gowda, said that in order to promote Khadi products, it was planned to create “Khadi Urban Plazas” in Benglauru, Mysuru and Ballari. That aside, district offices would be opened and the CM would be asked to release funds for pending council grants in the next budget, he said.

Mr Gowda also said the state government would be asked to increase the incentive to ₹ 7 per meter and that district-level khadi exhibitions would be held.