State govt. says he has the right to access Veda Nilayam

The state government claimed in Madras High Court on Monday that its officials had the right to visit the residence of former chief minister Jayalalithaa, Veda Nilayam, in Poes Garden, here since the legislature passed the law on the Tamil Nadu Puratchi Thalaivi Dr. Jayalalithaa Memorial Foundation, 2020.

The presentation was presented to Judge N. Seshasayee during the hearing of writ applications filed by the nephew of former Chief Minister J. Deepak and niece J. Deepa. They had been legally declared as his legal heirs.

The petitioners had challenged the acquisition process and the award of over ₹ 67 crore made by the acquisition agent. During the hearing, attorney SL Sudarsanam, representing Mr. Deepak, complained to the court that even on Monday around four to five government officials were inside Veda Nilayam, while the court had received two written requests in which the entire acquisition procedure had been contested.

On the other hand, government special litigator E. Manoharan told the court that the Memorial Foundation Law has entered into force and therefore officials have the right to access the residence. After hearing both sides, the judge decided to resume the motions for a final hearing on February 4. 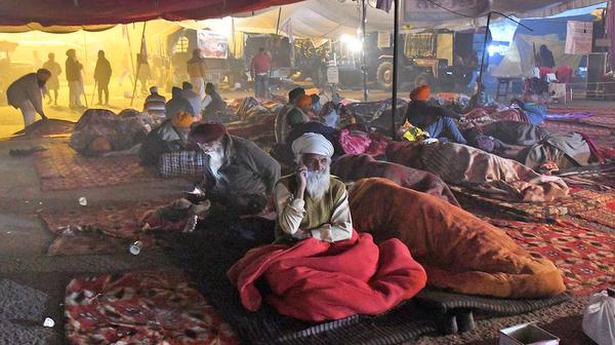 More than 2,000 women are likely to join the farmers’ protest at the Singhu border in the coming days